Hi everyone, welcome to another Dispomed video.

We designed a tube that had both connections going straight out of the tube. Rather than having a connection with the T on the side, we have put them straight out. We have the inspiratory port over here and the expiratory port over here. What this effectively does for us is we have the same advantages as the universal F circuit but we have the breathing resistance of the standard Y circuit. The other thing is it is impossible to misconnect the tube as there is only 1 connection on the machine. Expiratory here and inside is the inspiratory connection. You just slide the port on here. This circuit is available on several of our Moduflex™ line of anesthesia machines.

Thank you for watching another Dispomed Video!

Related Products we Have for You!

You May Also Enjoy These Articles

Tell us how many dental procedures you do in a week, and we’ll tell you which one is YOUR Highdent! You have a tired dental 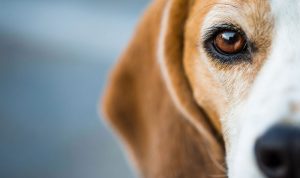 Cushing’s Disease in Dogs: Assessing the Efficacy of Dietary Changes and Holistic Treatments 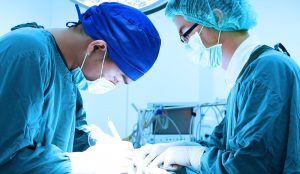 Table of Contents The term “waste anesthetic gases” is used to designate nitrous oxide emissions that escape the anesthetic circuit, as well as halogenated organic 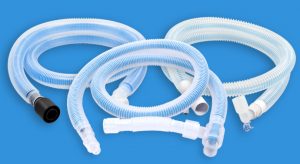 At the request of several vets, we have compiled a brief guide for cleaning patient circuits. This guide is a simple reference to give you

Why use a thermometer? Body temperatures can plummet during anesthesia, and this can have major consequences, such as decreased metabolism (causing longer recovery periods), reduced

Sign up to receive Exclusive Special offers, Tips, Tricks and more from Dispomed.